I’m not perfect.  And I don’t expect this blog (a reflection of me) to be either.  With that said, I want to share an obstacle that presented itself to me that turned into a real struggle.  And although it comes once in a while, the way it took me over was unacceptable.  And so I learned a new way to test myself to be brave.  Maybe this can help anyone out there with a similar situation, too.

What presented itself:
The other night I went out for dinner with a few people that I hadn’t seen in a while.  And while it was meant to be an enjoyable outing, it turned into something that took my high spirits for a detour – for about a week.

It’s hard, as you may know, to accept everyone you come in contact with as they are.  There are things that people might say or do that you may not necessarily agree with.  And while I am generally good about not letting others affect me, there seems to be a few selective ones that I cannot shake.  And that was my case the other night.  Someone at dinner seemed to have changed within the past year and acted in a way that I didn’t think was appropriate and, thus, tested my tolerance level for it.  So, throughout the whole dinner, I had this anxiety building up, just brewing inside of me.  I was worrying about: what they may say next, how they would say it, or if they were going to do that annoying thing they do again.

My dinner, though, had all the right ingredients for a successful night: delicious food, a great glass of red wine, and an environment that was ready to foster a night of open conversations and laughter.  But there I was: angry, sad, confused and frustrated.  Because out of everything I was doing to make my life better, there just seemed to be that one person that ‘messed’ it up.

So, that was a couple of nights ago.  But ever since then, the way I perceived myself hadn’t exactly been the same.  I noticed that I allowed this other person’s actions come in and encompass me, turning me into someone I couldn’t shake.  I kept worrying about the situation, kept re-living the conversations, and kept letting it get the best of me  Yes, I did go to yoga, but for the first time in a long time, I couldn’t concentrate; my practice was not enjoyable.  And then I noticed, after each passing day, that a little something was starting to chip off of my ‘road to recovery’ block.  It was like someone was taking a sledgehammer to a home I had been building for months.

Breaking us down:
I allowed for all of the negativity to come in and live itself inside of me.  And the consequences were presenting themselves very clearly, I may add.  For starters, my white board wasn’t updated.  My room started to become a mess, followed by the kitchen, and then the living room.  I craved nothing but junk food and my water intake was very low.  I was not in a clear state of mind and, thus, I couldn’t concentrate.  My self-esteem was low and I even started to panic a little on a crowded train (ugh!).  I just didn’t care about myself anymore, it seemed.  Because, why bother building myself up when someone could just come in and break me down?

I was stuck in a rut and realized that I was regressing.  The signs were all clear: I was starting to feel sluggish, I wasn’t as happy as I was throughout the weeks prior, I became more anxious, and I even started taking every day for granted.  Who was this person?  No, this was just not acceptable anymore.  I didn’t like this person; I didn’t like me.  There was no need to be stuck in this rut.  I hated feeling bloated and feeling like I was just wasting my days away.  It was time to wake up and realize that I was heading in the wrong direction.  So I put my foot down and decided that I was going to suck it up, be brave, and change my habits.  I was going to regain control of my life.

Picking ourselves back up:
I tried yoga again the following night and when my husband picked me up afterwards, I burst into tears and told him that I wasn’t happy.  I told him that the dinner from the other night was driving me insane and that it was taking over my life.

So he talked me through it (he’s so kind) and made me realize that I was basing my everyday view of myself and life on one person.  Who, let’s be honest, probably doesn’t even know that all of this internal turmoil was happening.

Yes, there was someone that messed up my evening that night.  And that person was me.  I allowed the outside world take me over and I let myself succumb to being put second.  And so, because I let in the aggravation and held on to it for days, I suffered.  No one else.  My internal suffering isn’t going to change the other person; the other person may never change (they may never know).  And we can’t control that.  Yes, we can try to talk to this person (which I have done so in the past and, no luck), but if that isn’t an option or you don’t feel comfortable doing it, then just let it go.  Don’t let it control you.  I know it’s easier said than done, but I’m saying it and learning how to do it.  So I know the struggle.

Change comes from within, as we know.  So unless I dive into this other person’s soul and live life as them, then there’s no changing anything.  Heck, the closest thing I can get to is thinking of how I married my husband and how we became ‘one’, but there’s no way I can change that man (haha, he’s great actually).  But putting jokes aside, what I can control is how I handle the situation and how I compose myself throughout it.

How to deal in the future:
So, knowing that letting what someone says or does boil up inside of me leads me to gain five pounds, be unhappy, and perceive myself as ‘not worth it’, I think I’d rather not let their actions get to me and lose five pounds, be happy, and perceive myself as definitely worth it.  Next time, I can just nod my head politely and smile.  I don’t need to have an opinion or engage in a deep conversation all the time.  I can still be respectful, but shouldn’t anticipate myself changing them.

Letting others affect you?  Don’t.  I know, sometimes it does hurt to take things in, but if you’ve been working so hard on yourself for a better you and a better tomorrow, then there should be no one that can be able to tear down your walls down and make you regress.  Not even you (ah, that quote that says “you are your own worst enemy” is starting to make sense now…).

And I came to this realization when I was taking a hot shower yesterday. Because it was in the shower that I noticed that the person wasn’t there.  The other person was just another event in my life.  The other person was about a week ago away.  So I let the water cleanse me, I started to clear my mind, I breathed in deeply and let out a huge sigh.  I was telling myself that I really do deserve better.  And that I should not let another week of self-pity and anxiety control me.

To summarize:
It’s hard being brave.  But it’s not impossible.  I’m sure the first few times will be a little difficult, but there is always a challenge before being presented with the greater success.  So my plan for today is to pick up my home, clear up my mind, and clean up my act.  I am going to update my white board, go out for a run, and be happy again.  Because at the end of the day, it’s me that counts.  And no one should ‘mess’ that up or take it away.  Because, honestly, the only one that ‘messed’ it up or took it away was myself.  And that’s just not right. 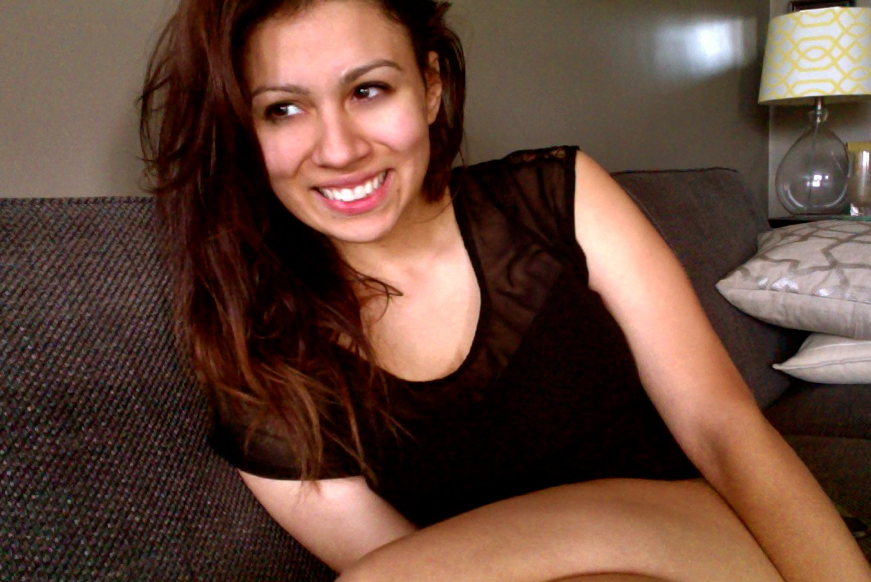 Last thought:
I remember when I first started telling my parents a few years ago that I wasn’t going to continue to eat white rice and oily chicken every night for dinner anymore.  And I remember telling them that I would prefer a healthy piece of salmon, some brown rice, and a baked sweet potato instead.  It wasn’t something that was exactly accepted at the time with an open mind (because, who was I to go in and change them and how they did things?  Who was I to say how they should raise their family?).  But, had I let their actions, comments, and traditional ways get to me and anger me internally at the time, I wouldn’t be where I am today.  I casually pushed for that salmon because that’s how I wanted to live my life.  Happy.  Healthy.  With a piece of salmon.  And, in the end, I got my salmon.  On my own.

And that applies to many things we may encounter in our every day life.  And it’s in these situations that I have to remind myself to either take it easy or not care at all.  My parents, by the way, did accept this new way of eating (they practice it themselves today and were actually the ones that introduced me to quinoa!).

So, with that said, what do I say to my next dinner outing with that person that I can’t really tolerate?  Life is wonderful.  I am wonderful.  No one is tearing me down.  Not even me.  Bring. It. On. 🙂

Spring Cleanup: The Purse, Your Mind