I was riding the train home the other day when I noticed a pretty, young girl get on board and sit diagonally from me.  She was surrounded by people and I was looking at her because I loved her haircut.  She seemed nervous, but I went on to look at my phone and listen to my music.  It was about three minutes later that this pretty girl started to shake and gasp loudly.  Yes, she was having a panic attack.

Being on the other side:
I don’t think I’ve ever been on the other side of it, seeing someone else have a panic attack, because they always just used to happen to me and me alone.  I have to say, it was an uncomfortable situation.  Forget the fact that I had to be strong for this girl, but it caused such worry to everyone around to see her like this.  And she was a total stranger.  Imagine if it was someone you knew. And that’s when I realized what perhaps my family and close friends have been feeling towards me or others they have in their lives- extreme worry.

Upon asking the girl what was wrong she confirmed that she was having a panic attack.  The others around her were telling her to calm down and relax.  But I, I stood quiet for just a little bit;  I had to think, even for just a hot second and reflect on what would it be that I want to hear.

How to help/cope:
Truth is, when you’re in that mindset of the world just being one big scary place, it’s very difficult to ‘shoo’ it away.  You actually have to accept what’s going on before it can go away.  Otherwise, you are just running away.  I read somewhere that a panic attack lasts, actually, for about 3 minutes and for it to go away you have to just accept that you are panicking.  You have to accept the wave you are riding on and know that in 180 seconds it will go away.  But, most importantly, when you are doing this, you have to breathe slowly.  You can only get out of the universe what you put into it, so you have to exhale slowly in order to breathe in that same way (this actually helps slow down your heart rate and sends signals to your mind that things are OK, you’re not in danger, and that you don’t need more adrenaline).  Speaking of danger, it’s important to remind yourself that you are actually not in any real danger.  At this point, you are almost there and your hard work will pay off in less than a minute.  Remind yourself, too, that you are an incredible, confident, beautiful person and that there is absolutely no pressure on you to do anything.  Life is beautiful and you will live in its beauty in a matter of seconds again.

As the girl was gasping, I told her “Hey, I know what you’re going through.  You’ll be okay, I’m okay” and I walked her through the above.

She calmed down. I told her I wish I could pull off a pixie cut like she does.  And then she gave me a smile.

Looking forward:
A few passengers and myself on the train asked the conductor to keep an eye on her until she got to her destination.  I let her know I had a blog that maybe could help her see that she isn’t alone, gave her my email, and told her that she was more than welcome to drop me a note whenever she wanted.  And with that, the train reached my stop and off I went.

As I was getting off, a very sweet older woman came up to me and said “She was very lucky to have had you there.”  That sincerely warmed my heart.  And it did so because I know that, while it was a very difficult situation for me to be put in (I was trying to not panic myself!), the universe went ahead and put me in it.  And what a situation it was.  It was finally time for me to speak what I have learned and try to help someone else through it.

When my husband picked me up from the station, I got into the car and began to cry.  I just couldn’t believe what had just happened.  I went home, took a shower, and just hoped that she would one day embark on the journey to accept and believe more in herself.

Remember:
It’s weird, but, there are so many others out there with this and no one really knows it – sometimes not even the people who have it themselves.

But it’s okay, we learn and grow.  And it’s definitely something we can overcome.  It’s more about being confident in yourself, first and foremost, and knowing that you’re in the driver seat of your life.  We should all be confident – it’s a great path to be on, one where you are finding the best and doing the best for yourself, and the benefits outweigh all the struggles.

It was the first time I ever experienced someone else have a panic attack.  It definitely was a hard situation for me, but I wouldn’t have changed a thing about it.  Live and grow.  Live and inspire.  Live and be enlightened by bravery.

Go on, continue on the path to the new, brave you.
Loren. 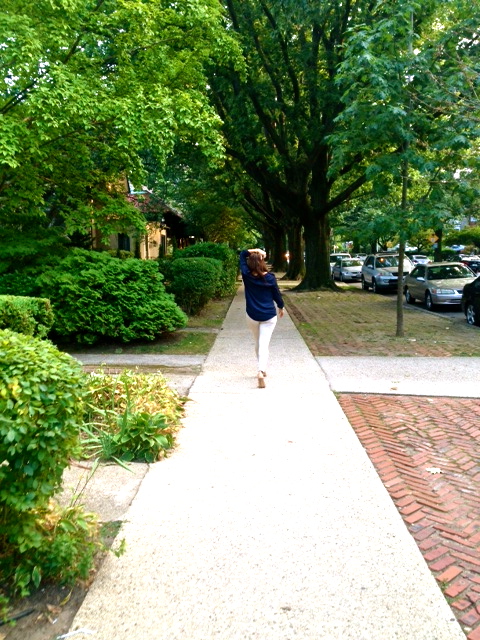 New Journey: Getting My Yoga Certification!