These were some of the things I ate growing up; heck, there were some days that I ate all of these in a single day.  It was definitely a kid’s dream come true.  But ‘kid’ defined me from the moment I could chew my food to, literally, a couple of months ago.  I have been eating ‘clean’ for about two months or so now and, I must say, my anxiety level has gone down and my positive mood has gone up.

But, before I get to the current, positive moment of eating clean, I think it’s good to reflect and see how the ‘bad’ foods helped support the anxiety that was built inside me for many years:

You know, I grew up in a very loving family that taught me a lot about respect, values, and how to love.  But one thing that I was never really taught was how to eat properly.  Yes, there was always food on the table, food in the pantry, and food in the fridge, but they were all ‘quick’ things.  My meals were very predictable, too.  Breakfast was pancakes (from a box), drenched with a sugary (addictive) processed syrup.  Lunch was take-out from the local Chinese food place.  Dinner meant rice, beans, chicken, and maybe a salad.  And then the night concluded with lots of ice cream, cookies, and maybe a second round of dinner.  The only real time I would eat fruits were if we went out to the farms during the summer and went apple or peach picking – but even then there wasn’t any kind of portion control.  I would have about eight giant peaches on my way home because the giant basket (filled with nothing but that) was sitting in the car!  And then I would be tired of peaches.  I would refuse them.  When I got home it would be all “oh, hello, microwaveable bacon!”  And I went on with my life.  ‘Happy’ at the time, sad looking back at it now.

My life consisted of processed foods, filled with chemicals that I couldn’t even pronounce.  They had absolutely no nutritional value, but they made me feel ‘good’ for a quick moment.  The things inside of all of those things were alien to my body and acted like a drug.  Actually, they were my drugs.  Because that time I was seven years old and my grandmother passed away, I held back my tears because I was subliminally told that I shouldn’t be a cry baby and that sharing my emotions towards other people was a ‘personal’ thing.  This emotion was mended with me eating a whole loaf of white, processed bread, toasted with tons of trans-fatty butter and a giant glass of sugary chocolate milk.  And that time I got an eighty-eight on my math test in the eighth grade and was told that I could do better and needed to get nothing but one-hundreds?  Well, that made me feel like I was a total failure.  But there it was, that very fatty fourteen-ounce tub of ice cream and giant bag of addicting chips to help mend my broken heart and mind.  So while I was ‘healing’ my heart and mind with food, I was actually holding a lot of things back (anger, frustration, confusion, etc.) and burying them deep, deep down inside. (That explains those times I’ve cried during yoga, huh?)  So you start to become anxious.  Hating the next time you feel this way.  And it all continues to build up.  Every little bit counts.

My emotions were controlled with eating: failure was rewarded with sugary fats and successes, if I felt I had them, were rewarded with greasy foods (pizza party, anyone?).  And I grew up like this.  I was confused, trying to figure life out, restricting my self-desires to come out, and hoping to make everyone but myself happy.  I found comfort in food.  But the food I was eating didn’t give me any clarity; I couldn’t think things through with a ‘clear mind’.  All it was doing was fogging up my mind.  They served zero nutritional value, but made me ‘happy’.  Voilà, my adolescent (and well-into-my-adult-hood) drugs.

Side note:  you could only imagine how self-image played a role in this.  Why, with all of this poor eating, I wasn’t exactly ‘fit’.  I was ‘fat’.  And the media hated ‘fat’.  They said that that it wasn’t ‘beautiful.’  So, naturally, I also grew up with very low self-esteem, telling myself that I was ‘ugly’, ‘useless’, and a ‘failure’ every day.  My confidence level was lower than a turtle’s.   And this is how I grew up.  For more than twenty years, this was my life. 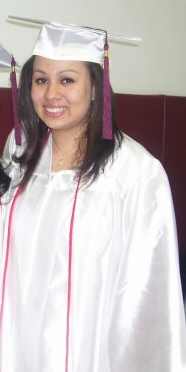 After years of suppressing my own happiness, and right before my giant panic attack last summer, I noticed a few months worth of terrible abdominal pain.  Not only that, but I was also very bloated and starting to become a bit overweight.  Worried, I went to a gastroenterologist (tummy & digestion doctor) and found out that I was lactose intolerant… great.

My life seemed to have shattered at the instant of being diagnosed, because it meant that I could no longer have the ice cream, yogurt, pizza, or cake that once mended my wounds.  I did play devil’s advocate and ate them anyway, but felt the consequences within thirty minutes of consuming the stuff.

So it was true, after all.  I was lactose intolerant.  Two weeks before my I-didn’t-even-see-it-coming giant panic attack, I had to adjust.  And that was hard.  I didn’t really know how to adjust.  I never learned.  And looking back at it today, part of me thinks that the attack maybe came out from being forced to learn how to live with some confrontations and without some of those drugs.  I was starting to be confronted by my own self.

I didn’t know how to deal then.  But today, I am learning how to deal now (next post – stay tuned!).

But until then, be kind to your body.  Think back to those times you maybe reached for that thing you shouldn’t have reached for.  Think of what you were running away from.  Starting to slowly think about these things will help open up and shape you for a better tomorrow.  Don’t resolve to continue suppressing emotions with food.  Eat well.  You are beautiful. Who cares about the media.  They don’t pay your bills, you pay their bills.  They don’t give you a hug when you need it the most.  And this applies to others around you.  There is only one person like you out there and you deserve the absolute best.  The road to a better tomorrow starts with this type of first step… and it starts from within.

My first race: the struggles and lessons of being brave